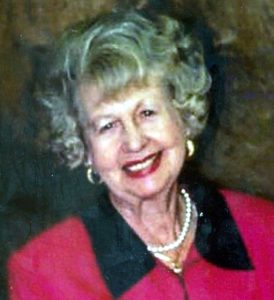 The Louise R. Lester Foundation was founded in 2001 through the charitable giving of Mrs. Louise Robertson Lester. Mrs. Lester was a native of Martinsville, VA and a graduate of Spencer-Penn, excelling in academics and athletics. Upon graduation, she attended Bentley Business College and Gassaway Business College and later in life, Patrick Henry Community College and Averett College. She studied interior design, architecture, and art. She was an accomplished artist producing beautiful paintings to grace her home. A collection of her poetry has been published under the title of her life’s motto, “Life, Love and Laughter.” As a distinguished member of the International Society of Poets, she was honored in 2002 by the reading of her poem “Whitman” at the Convention and Symposium of the ISP. Three children’s books remain unpublished.

Promoting education and recreation in her beloved City, County and State, Louise served on the Patrick Henry Community College Foundation Board, establishing the Victor A. and Louise Robertson Lester Library. She was a member of the UVA Lawn Society and Cornerstone Society, establishing a trust at the University of Virginia. Louise served on the Averett College Board of Trustees, establishing a trust for religious studies. She worked with Ferrum College on the Stoneleigh Committee. Maintaining a long interest in Spencer-Penn, Louise was a founding member of the George W. Burton Scholarship through the Spencer-Penn Association, making generous gifts to the scholarship fund. After the school’s closing, Louise served as the first treasurer of the committee for the renovation of Spencer-Penn’s building. In 2007, she was honored with the naming of the Louise R. Lester Banquet Hall, the former school auditorium, made possible with her gift, the single largest donation made to the Spencer-Penn Centre. In honor of her late husband, Louise developed the Victor Lester Memorial Park, a small city park for the enjoyment of the residents of Martinsville. In 2002, she received the Exchange Club’s Book of Golden Deeds Award for her contributions to the community.

As a long-time member of the First Baptist Church of Martinsville, Louise served on the sanctuary committee and in the Missionary Society. She was also a member of the Board of Trustees of the Baptist Children’s Home in Salem, VA, and the Salvation Army Advisory Board. In 2000, Louise funded the building of the chapel at King’s Grant, named Victory Chapel in honor of her late husband.

Louise received the SPCA Humanitarian Award in 1993, recognizing her support. Among her contributions were the donation of the old Lackey Hospital as an animal shelter and annual donations to the spay and neuter program. She also sponsored the Pet Therapy Program, bringing pets to visit residents of King’s Grant.

After moving to King’s Grant, Louise opened her home to church and civic groups including the George W. Burton Scholarship Committee and the General Joseph Martin Chapter of the Daughters of the American Revolution.

Mrs. Lester passed away in 2017 at the age of 96. The Louise R. Lester Foundation seeks to continue on with her legacy of philanthropy and charitable giving. The Foundation will be based in Roanoke, Virginia but charitable giving will not be limited to the Roanoke Valley.